Canary in the Mine Shaft 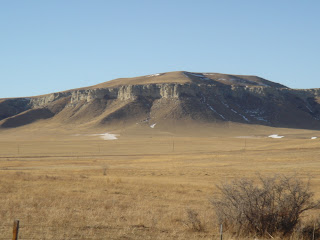 “You are a mature region in a mature state and Montana has the fourth oldest population in the country.” Dr. Brad Eldridge, Chief Economist for the Research and Analysis Bureau of the Montana Department of Labor and Industry was telling the North Central Montana health care conference I spoke at last week. He went on, “Compounding that is that we have an unemployment rate of only 2.8% for the entire state. And, projections show that our labor force will peak in 2012 and start to decline. It will be a tipping point for Montana.”
One of the new trends that I mentioned in my annual Rural Trend Watch earlier this month was the idea of a growing labor shortage in many rural areas. I’m concerned that it is going to be one of the major impediments to realizing the potential of many towns.
After my talk, I got the chance to drive around north-central MT. I head north from Great Falls to Glacier National Park, spending all afternoon seeing some of the incredible scenery of MT in my 300+ mile tour.
When I’m driving around on trips like this, I try to listen to the local radio stations, hoping to get a better feel for where I’m at. Several stations were advertising for workers. A Canadian station (I was only 50 miles from the Canadian border) bemoaned the fact that Calgary’s unemployment rate was down to 2.0% and economic growth was being threatened by this shortage of workers.
If you aren’t starting to look for solutions to the growing labor shortage, you should be.
Posted by BoomtownUSA at 5:31 AM